Loudon Park, part of the Wellington neighbourhood, was acquired by the City of Nanaimo in 1984. The park is named for William (Bill) Loudon, a World War I veteran, who purchased 700 acres of land in the area from the Dunsmuirs, which included the Wellington Cemetery and a portion of his land was dedicated a public park. He homesteaded and mined the remaining land. The lands formed part of the town of Wellington, which was a distinct community from the City of Nanaimo, until amalgamation with Nanaimo in 1974. 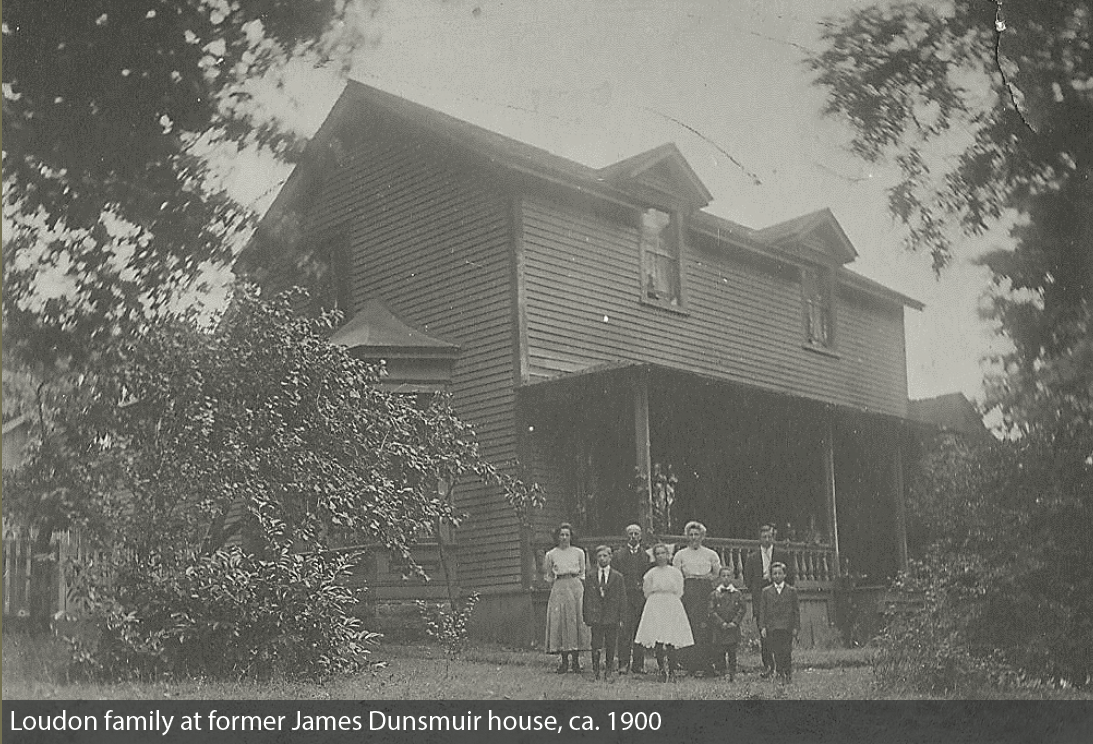