A cookie is information stored on your computer by a website you visit. Cookies often store your settings for a website, such as your preferred language or location. This allows the site to present you with information customized to fit your needs. As per the GDPR law, companies need to get your explicit approval to collect your data. Some of these cookies are ‘strictly necessary’ to provide the basic functions of the website and can not be turned off, while others if present, have the option of being turned off. Learn more about our Privacy and Cookie policies. These can be managed also from our cookie policy page.

Three sections of the Departure Bay walkway would be constructed in one phase:

The Departure Bay segment (S1 in the map) between Departure Bay and the BC Ferries Terminal has been identified as a high priority based on public feedback and is the focus of this project.

To learn more about the improvements for Departure Bay, read our Project Brochure. 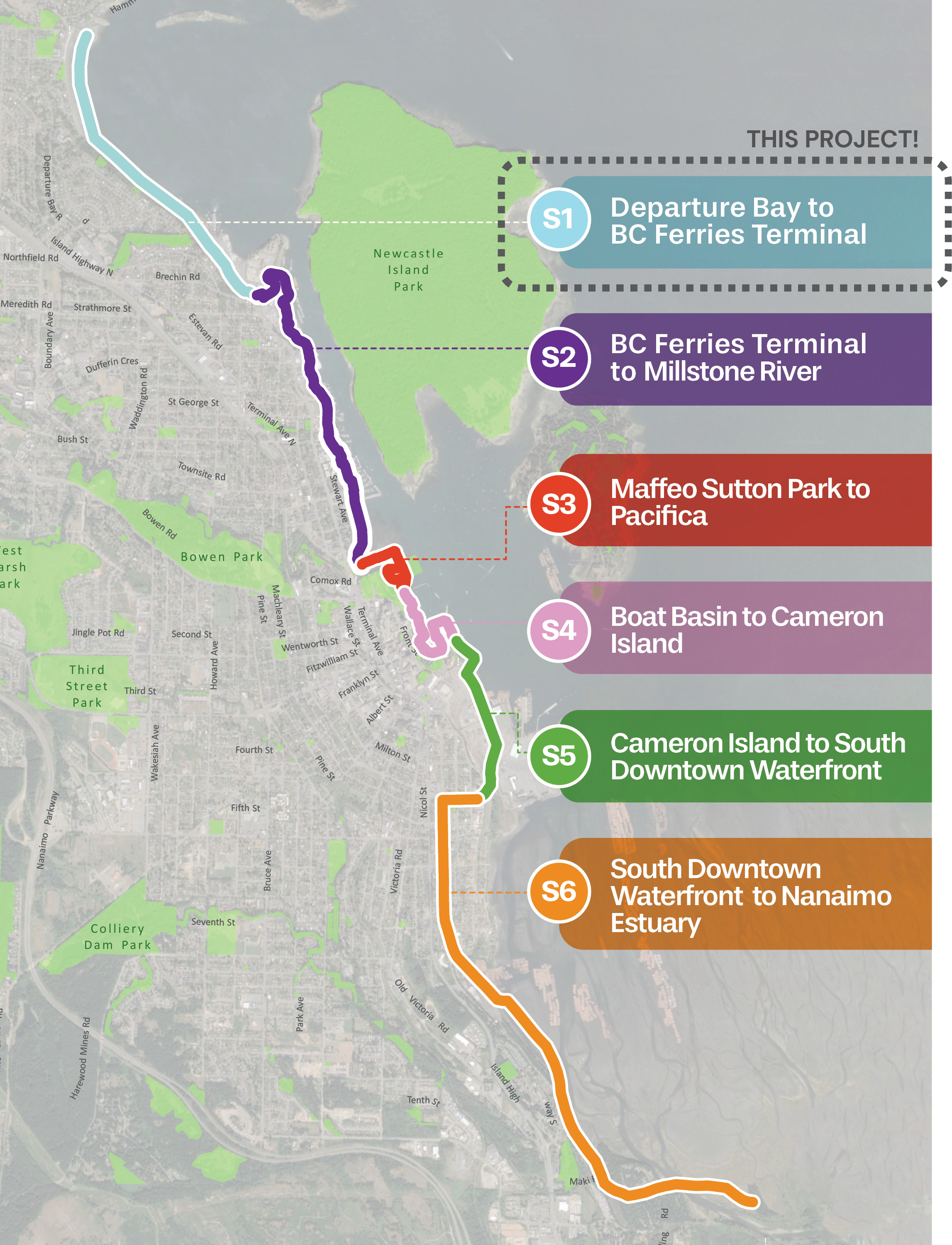 Improvements are part of the larger Implementation Plan which envisions a continuous walkway from Departure Bay to the Nanaimo River Estuary. The plan was endorsed by Council based on public support to to expand and improve upon the existing sections of walkway which are focused around the downtown core and along Newcastle Channel. Recommended improvements to the waterfront walkway have also been noted in multiple existing policy documents including the 2016-2019 Strategic Plan Update, the Official Community Plan, and the Transportation Master Plan. Implementation of the overall walkway would be developed in phases with anticipated completion of the 13 km-long segment around 2027.

Expansion of the walkway will require continued technical development as well as continued coordination with local stakeholders, interest groups, and the community.